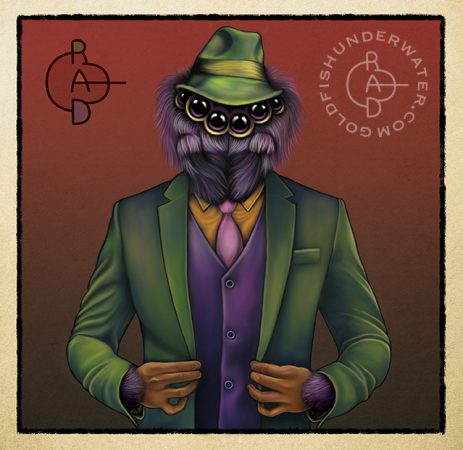 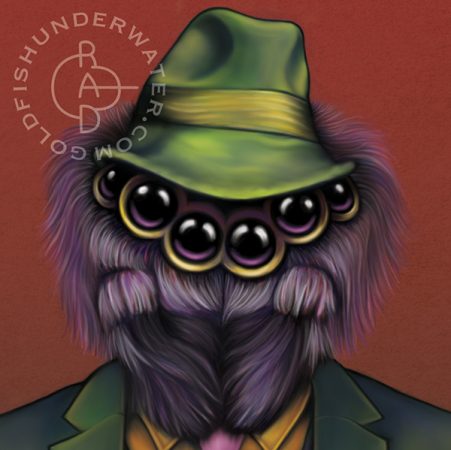 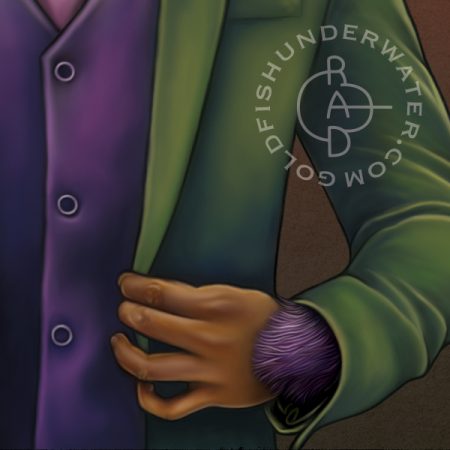 Folk Tale (originating from the Akan people of present-day Ghana)

There was a time when people had no stories to tell. Nyame was hoarding them in a box in the sky, leaving the world empty and bereft of meaning. Anansi, son of the sky god, saw this and rose through the heavens on a silken thread to confront him. Nyame was impressed with his resolve, but unwilling to compromise. In exchange for the stories, he asked his son to bring him the most fearsome creatures in creation, believing it to be an impossible task.
Anansi realized he’d have to utilize his best trait, trickery. He devised plans to defeat the creatures after studying their strengths, and bested each one: Onini the python, Osebo the leopard, and the deadly Mboro Hornets. After handing over his captives to the sky god, Nyame rewarded him by relinquishing the box, making Anansi the god of storytelling and wisdom.
Anansi appears as both an ordinary spider and a human, often manifesting as a combination of the two.